April 11, 2014IanInspirational & General Interest, Lightning ProcessComments Off on Self Rescue! 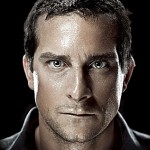 “So you’re in a spot of bother. Well, you aren’t the first and you sure won’t be the last – so have faith and keep your hope up  -whether you make it out alive or not will largely come down to you: your attitude and your actions. “

I have to admit that I am a bit of a Bear Grylls fan (the presenter of Man vs Wild series). I love outdoor adventures and I love testing the limits of my mental and physical abilities. So part of the attraction to the series is seeing what humans are capable of.

He made an interesting comment recently about ‘self-rescue’ and how best to respond in difficult situations. ‘Self-rescue’ is how I sometimes talk about the Lightning Process – learning how the brain and body interact to ‘self-rescue’. People often come to a realisation that they are the only person who can make the change needed.

So Bear was talking about how some survive and some don’t when they get stuck. He talked about people going into “survival mode”. Now I hear that comment a lot with the people I work with. Things gets so tough in their lives that, they feel totally stuck and go into “survival mode”. They are not flourishing, just getting by.

But Bear’s definition of survival mode was very enlightening. It’s not the way I have used the term but it is a very useful way of thinking. He would say that anyone can get themselves stuck.  It’s what they do then that matters. When people got stuck in a challenging situation, he would say that they only actually got into ‘survival mode’ at the end to finally get unstuck.

Grylls definition of survival mode is when people take stock of their situation and act with hope and purpose. People then ask themselves – How do I get out of this and are  willing to do whatever it takes. Unfortunately when some people get stuck and are in trouble, they do something that is not helpful and not contributing to their survival. Instead of asking ‘How do I get out of this mess?’ their focus is on another question  “How did things got so bad?”, and they focus on their failed attempts so far that haven’t got anywhere. They then loose hope and are not able to find the needed strength to get out.

People can be physically and mentally broken but make it out alive, but it is critical to stay in that ‘survival’ mind set. How can I get out?  I’m willing to do whatever it takes.

If you are feeling like you are just surviving, then perhaps Bear Grylls version of survival mode can help – regardless of what has gone on in the past, acting with purpose and hope focusing only on what is needed to get out of this mess and willing to do what it takes to make it happen.