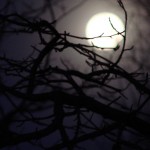 I’m never the first port of call for someone seeking help. Everyone I see has tried many things to get well – from the conventional to the outright weird (think dancing naked in a forest on a full moon!). But just because nothing has worked doesn’t mean it’s impossible to be well.

It just means you haven’t yet found the thing that works yet.
You can spend days unsuccessfully trying to build an Ikea Flat-pack cupboard with a hammer. It could seem hard any maybe eventually impossible or hopeless. But maybe that hammer you are using to try and tighten the screws might not be the right tool. Put it down and try a screwdriver. The impossible becomes possible.
Often when people enquire about the Lightning Process training they will say  “Ian, I have tried everything”. This is an exaggeration even though most people have tried many, many, many different things over the years.
Our language and the words we use are really important. They matter. “I have tried everything” makes the situation feel unnecessarily hopeless. Hopelessness is not a great way to approach anything new.
So what is a more useful way to think? “I have tried everything” ……or…… “I haven’t tried this and if others can do it so can I”.
PS I am not joking about the naked dancing in the full moon treatment by the way. What’s the most ‘out-there’ thing you’ve tried?
← Previous Post
Next post→