Trauma and the brain

June 30, 2015IanChronic Fatigue Syndrome & ME, Chronic Pain/ Fibromyalgia, Lightning Process, Neuroplasticity, The Stress ResponseComments Off on Trauma and the brain

Why do we remember anything? We clearly don’t remember everything.

So why bother remembering anything at all? 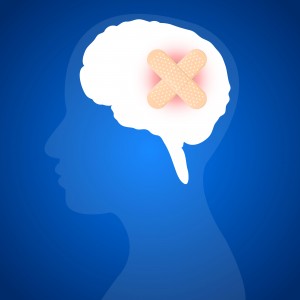 It’s pretty clear life would be difficult and potentially dangerous without memories.

Memories play an important role in keeping us safe. We learn from a bad experience so we don’t make the mistake again. So while many of us have things we would rather forget, it is actually important that we don’t forget totally as we may make that same mistake again.

This is particularly relevant to events that are traumatic.  We remember them for our safety. But what do we remember? What’s the lesson the brain takes from it? People can go through the exact same experience but ‘learn’ a very different lesson.  After an event one person can feel unsafe because of the trauma and another can feel strong, resilient and smarter because they survived.

Each of us responds to the world today not necessarily because of our past but what we  consciously or unconsciously learnt from the past.

Memories and learning are processes driven by the need to stay safe. So traumatic events have the potential to leave a neurological imprint on us that drive our behavior today.

A simple example is someone growing up in an abusive home. As far as the child’s brain is concerned their home is their world, so the brain can form an incorrect generalized belief ‘The World is Unsafe”.

So when the child grows up they may still hold that view about their general lack of safety. It might be a general feeling rather than a conscious belief now. So while stress hormones may not be technically necessary, the protective part of our brain may still be on ‘high-alert’ thanks to our past.

We can’t change the past but we can change what meaning we place on it. We can change our beliefs and we can change how we review our memories. Otherwise we become stuck in the past. Feeling unsafe in a safe world.

Neurologically it is interesting to see what happens inside the brain during prolonged stress or trauma.

In animal studies with prolonged stress, the brain adapts to the experience and a particular part of the brain that is linked to emotions like fear & drives the stress response (the amygdala) increases in size. That highlights the NEUROPLASTICITY concept that our brain adapts and changes through experience. What is interesting however is when the stressor is removed (so it is now just a memory), you  would expect that the amygdala shrinks back. But it doesn’t. It stays the same. Perhaps the lesson is that dangers happen so I need to be alert.

So these animals still had a biologically traumatised brain even though the stress was gone.  It was nothing but a memory.

We don’t know if prolonged stress increases this same part of the brain in humans because it would be unethical to stress someone out for an experiment.  I could however imagine some experiements that you could do a “before and after” comparison on like soldiers in active combat. That’s stressful and we know many return with PTSD.

However one thing that we do know is that regardless of who you are, you can learn to shrink your amygdala. When Buddhist monks who have practiced meditation have brain scans their amygdala are smaller than average.

But maybe they are good at mediating because they have smaller amygdalas? So another experiement taught people with no mediation experience through an 8 week programme and did before and after brain scans. The results were fascinating.

Neuroplasticity, through focused awareness, did shrink the amygdala shrink. However other findings showed that the pre-frontal cortex (used in higher order thinking, concentration and decision making) got thicker. The changes were not just in the size of these brain regions, but the connections between brain areas also changed. Connections between the amygdala and rest of the brain decreased and an increase in the connections from the higher order thinking pre-frontal cortex and other brain regions were created.

The people taking the training showed reductions in both stress and inflammation.

So it potentially suggests that past traumas literally shape us, but just removing the trauma or stressor may not be enough to re-train the brain back to ‘life before the trauma’.  Maybe the brain is so protection oriented that it requires you to step in and retrain your brain to ‘re-mind’ it that you are now safe. 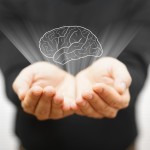 The training I take people through looks at the role of an automated stress response in creating over-protective biological responses. We look at the role of memory, emotions and thoughts. We look how we can use our mind and body to let the brain know it is safe.

So while our past shapes us, it doesn’t have to define us.

We are not at the mercy of our past ……….  but might be unless we intervene consciously. Something to remember.