If Pain persists BE your doctor

June 3, 2016IanChronic Fatigue Syndrome & ME, Chronic Pain/ Fibromyalgia, NeuroplasticityComments Off on If Pain persists BE your doctor 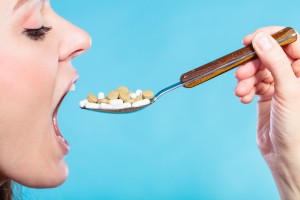 Opioids have been in the news a lot lately.

In the popular news with the death of Prince due to an overdose of the synthetic opioid Fentanyl.

And in scientific news thanks to a really significant finding. Research is showing that Opioids, commonly used in treatment of pain and long known to be addictive ……. can cause pain. So you can see how the two stories are probably linked.

Long term opioid use can cause pain. That’s worth pondering. What was once the drug of choice for chronic pain, is now implicated in causing pain.

Opioids were the wonder drug a few decades back with many synthetic opioids coming onto the market and becoming popular – really popular. In the last 2 decades though, there was a massive rethink on prescribing opioids for chronic pain. They were addictive in nature and often not as effective as first thought. They tended to work initially but loose effectiveness so doctors would prescribe ever increasing doses. But the larger doses also would often become ineffective and have significant impact on other vital organs in the body. Given that they can become addictive long term opioid use has been problematic and a concern for a long time.

Morphine, from the poppy flower, was good for short term pain relief but not for long term pain conditions. So drug companies have been working hard to solve these problems by creating synthetic versions of morphine in the hope of finding that magic drug. We now have many versions of opioids coming from the basic morphine – including codeine, oxycodone, hydromorphone, hydrocodone, heroin, methadone, pethidine, naloxone, tramadol and fentanyl. Lots have come onto the market with many ways it can be administered but they never really solved the addiction nor the lack of effectiveness for chronic pain.

It turns out opioids can be great for short term pain relief but not for the treatment of chronic pain. They may provide short term relief but they are not a treatment or cure. But’s what’s wrong with a little bit of temporary relief? Some recent research is suggesting there is something very wrong.

Recent studies have highlighted a concerning issue. Opioids do more than I thing. They do seem to play a role in reducing certain functions in the Central Nervous System (Brain & Spinal Cord) that reduce pain in the short term but it now appears that these drugs are alarmingly also seen by the immune system as a ‘foreign body’  so to trigger an immune response. The impact of this immune response over an extended period creates an ironic problem – PAIN.

So this research is suggesting that while opioids might temporarily reduce pain, their long term usage, won’t only not impact pain levels in general but they can create addictions AND pain. So you become addicted to something causing pain.

The immune response finding is thanks to something that we will be hearing lots more about in the future  – Glial cells.

You may never have heard of Glial cells before (unless you have taken a training with me). The brain has become very trendy and we often talk about neuroplasticity in regards to neural pathways and neurons in the brain and nervous system. But possibly up to 90% of the brain is made up of something else – the forgotten brain – Glial cells. We used to think they were nothing but the ‘goop’ holding the important stuff together. The word glial comes from the Latin word for Glue. That’s how insignificant we thought they were. Now we know they are active and essential.

Glial cells act as part of our immune system and detect that these drugs are a threat as they are not natural products so produce an immune response (pro-inflammatory cytokynines) which in turn creates pain.

So the drug companies will be working hard now on looking at how Glial cell activitiy can be modulated so it sees the drugs as natural.

While that will be an important advancement in pain medicine there is another option.

What is there was an opioid that was natural. One that glial cells didn’t register as unnatural. That would be the wonder drug that we have been waiting for.

Turns out there is. It is the reason why morphine works in the first place. Morphine and the synthetic versions are all close matches to something we produce ourselves. It is 40 times more powerful than morphine. It is part of our natural medicine cabinet.

Why haven’t you heard about this internal morphine-like drug before?

You have. It’s Endorphin. (Endogenous means ‘man-made’. Endogenous morphine is endor-phin). Produced by you for you. It’s undergone thousands of years of research and development. No animal testing. It’s Organic and safe with no harmful side-effects.

I think the first really important step is to really understand pain. Then you can begin to look at not only how you can learn to turn pain off but you can look at why it is being turned on at all. So you can learn how to turn it off and keep it off.

If pain persists BE your doctor.

Below is a video that I have shared before but it is so simple and clear. It highlights why drugs are not the answer for Chronic Pain and also helps explain why the Lightning Process takes such a personalised / tailored approach to teach people to turn off pain and get on with a life they love.

**IMPORTANT – Changes in type or dosage of many medications, or coming off an opioid should only be done with guidance from your GP.**