Is the Underpants Bomber’s Terror attack responsible for CFS?

March 26, 2013IanChronic Fatigue Syndrome & ME, Chronic Pain/ Fibromyalgia, Depression, anxiety and other conditions, Lightning Process, The Stress ResponseComments Off on Is the Underpants Bomber’s Terror attack responsible for CFS? 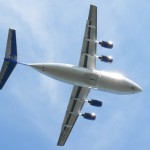 That’s sure to get your attention.

The answer is no BUT ………..for anyone suffering from a condition of heightened sensitivity (CFS, multiple chemical sensitivity, chronic pain, PTSD) please read on. The circumstances around this terror attack highlight an important principle.

On Christmas Day 2009, a Nigerian man named Abdulmutallab boarded Northwest Airline Flight 253 from Amsterdam to Detroit with concealed explosives in his underpants. Luckily the bomb started smoking and he was stopped before he could detonate his package. He will be forever known as the ‘Underpants Bomber’.

Exactly 1 week later, another Nigerian man boarded the same Northwest Airline Flight 253 on route again from Amsterdam to Detroit. There was something ‘not quite right’ about the man who was regularly going to the bathroom and spending a lot of time in there.

With last weeks bomb attack on their minds, the attentive crew-members alerted the pilot who began terrorist emergency response procedures – the plane was diverted, fighter jets took to the skies, the man was detained by the Terrorism Task Force on landing and every single piece of luggage was examined for bombs.

Another terrorist attack averted? Not quite. It turns out the innocent man had diarrhoea throughout the flight.

The response on that day was an inappropriate response to a normal and safe situation. The cause was not the man with diarrhoea, but the context of the situation (dark skinned man, same flight as Underpants bomber, time spent in toilet, something not quite right about him and the timing being just a week after a real emergency).

Now what does this have to do with CFS? Chronic Fatigue Syndrome (and a range of other conditions that are often referred to as Central Sensitisation Syndromes) has the nervous system responding to stimulus in an extreme way. The brain is reacting to safe/normal events as if they are dangerous.

To map the metaphor across, the pilot making decisions about what is safe and how to respond is like our brain. The Underpants bomber is the original trigger (an injury, trauma, illness, stressor – often Glandular fever for CFS, a traumatic event for PTSD) but not the sole cause of the problem. The Central Sensitisation Syndrome is the ongoing miscalculation that safe or normal stimulus and situations are dangerous  – exercise, light, chemicals, food, touch, sound.

When past experience and other factors put our nervous system on chronic  “high-alert” we respond in an exaggerated way. Like an old guard dog that barks at everything that moves, even though the majority of people being barked at don’t actually pose any threat to the property it guards.

When a country goes into ‘Code Red’ it responds in an exaggerated way and we get National Security False alarms. When a person is operating in chronic “High Alert”, the Physical Emergency Response Mode is triggered unnecessarily and normal functioning is impaired. A recent study on CFS suggested CFS was similar to Post Traumatic Stress except that the trauma that triggered the high alert mode was a physical trauma like a lingering virus.

So for people, the way to ‘step-down’ from high alert requires both the retraining of the Physical Emergency Response (or automated Fight or flight response) and retraining the brain and body to respond more appropriately to stimulus. Relaxing isn’t enough as the brain will still continue to respond in its historical way. If relaxing was enough I would never see a bed-bound client and those who stop work to recover – would recover.

And so a theme across the majority of my work is retraining our brain and body to respond more appropriately to the world around us and the world inside us.

Where does ‘pacing’ fit in?

When we ‘pace’ ourselves we just learn to look out for dangers. Continuing the ‘terror attack on the plane’ metaphor, pacing demands that you be on high alert. You might stop the bad crashes but remember all flights immediately land during an emergency. You might feel in control and ‘safe’ being on high alert, but you also stop being able to enjoy wonderful flights to exotic locations to live a full and rich life. 🙂

My next post will be about the consequences of pacing for conditions such as CFS and ME. In the meantime if any reader is pacing – don’t stop. You will know from experience that if you just try and do things and push through you will pay for it. Stopping pacing without other important steps won’t work.